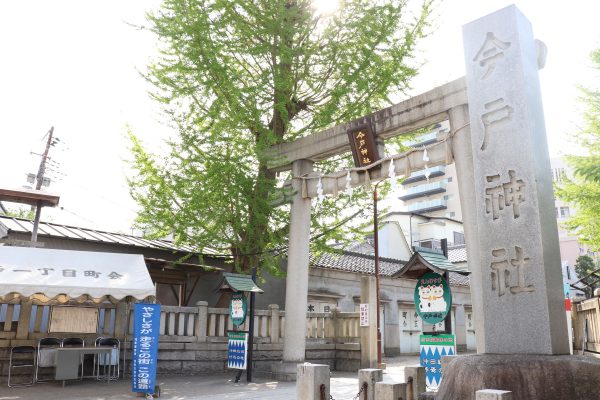 Imado shrine is located in Asakusa area where famous place as traditional Japanese place.
Imado shrine is known as giving profit for matchmaking because the shrine dedicate to the god of the couple. Also the area “Imado” is said that Maneki Neko (lucky cat) was born, therefore there are many kinds of lucky cat such as little lucky cat stone statue, big lucky cat statue and amulet.
In Tokyo, Gotokuji temple is also known as birthplace of Maneki Neko. 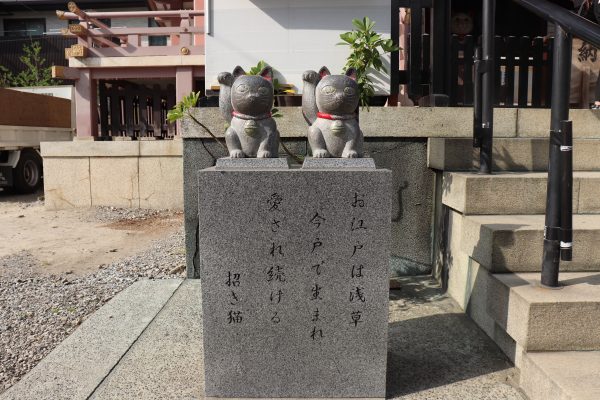 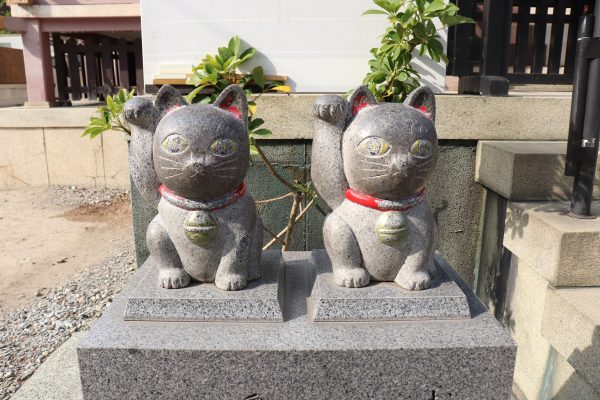 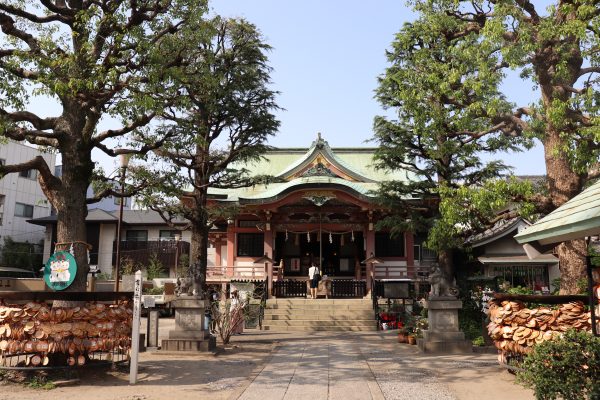 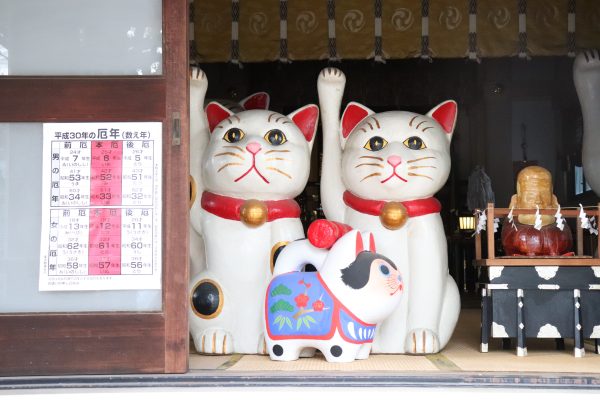 Couple lucky cat at main shrine
Since Imado is the birthplace of Maneki Neko (lucky cat), there are big lucky cat statue and the size is about 1 meter!! 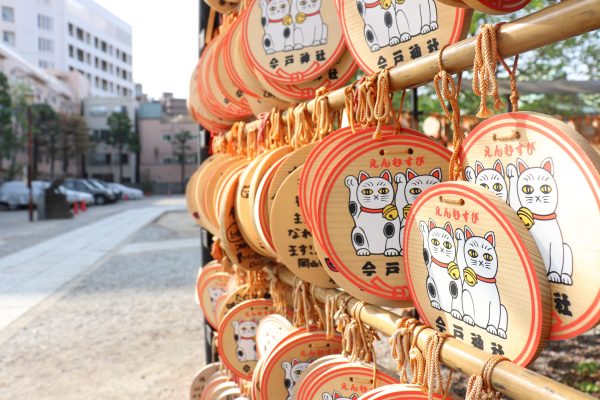 The shrine sells amulet which is effective in love. The shape of the amulet is also circle as well as votive picture amulet. 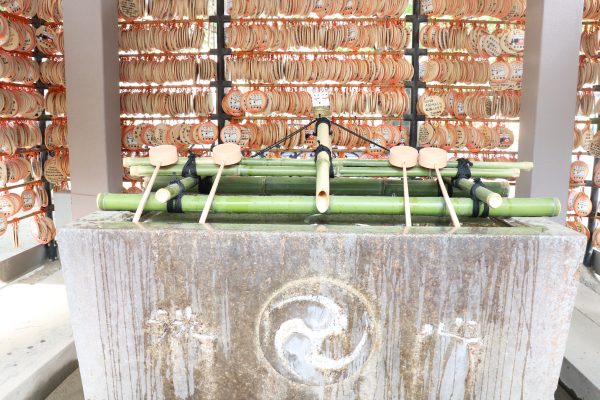 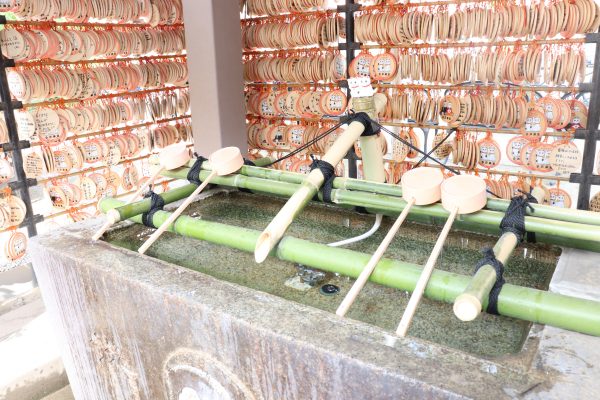 Chozuya – Washing hands before praying
Chozuya is the place for ritual cleansing of hands and mouth with water when visiting shrine, and is located in all of shrines in Japan. Chozuya in Imado shrine is also unique, and is surrounded by votive picture tablet like a wall. The atmosphere of the place makes people happy!!
There is cute lucky cat pair on the top of bamboo where water come out and this is also rare sight. 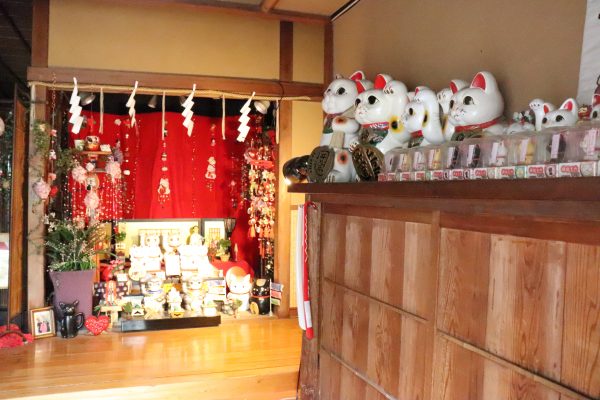 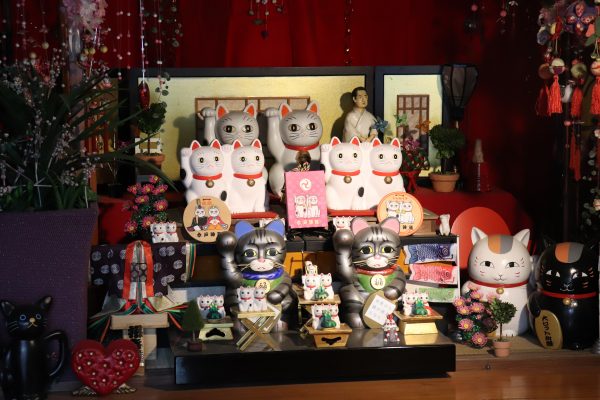 After finishing praying at the main shrine, we recommend to see shrine office where “Omikuji” (fortune telling paper) is located. In the back of the room, visitors able to see their cat collections!! These collections are very interesting as the number of collections are a lot!! We felt this area is the origin of lucky cat!!
You can also try Omikuji which is from 200 yen. Small lucky cat amulet is included in the Omikuji and there are several type of small lucky cat. What we have got is pink small lucky cat which has profit for matchmaking!!
Please check another article for difference with profits depending on the color.