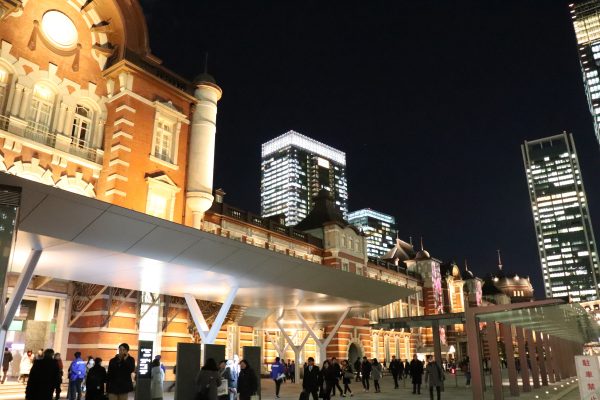 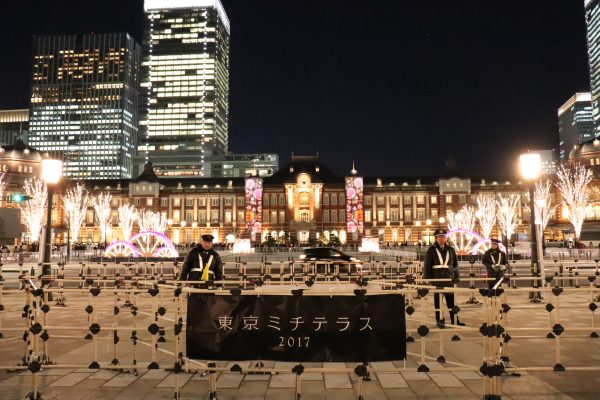 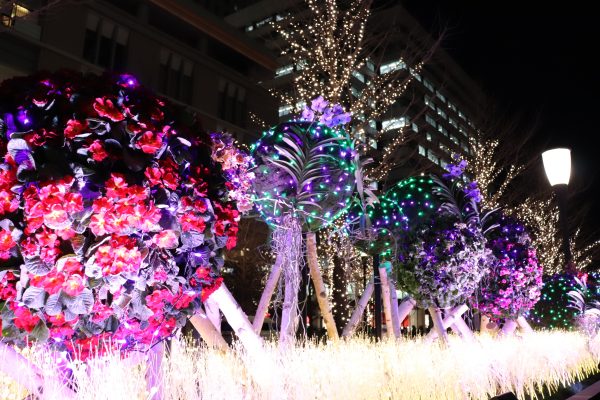 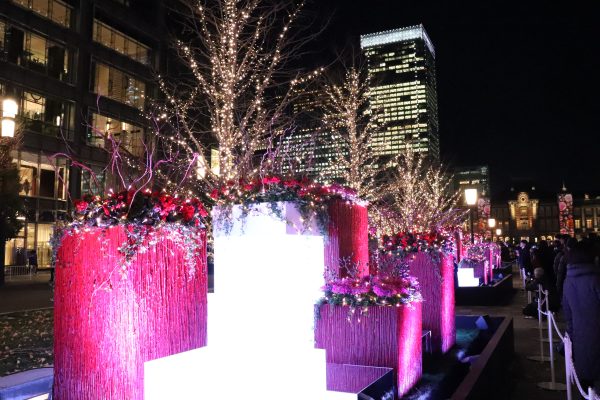 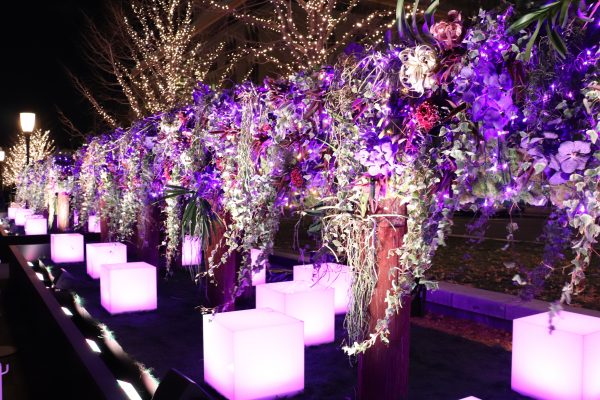 On Gyoko Street, beautiful flower garden fascinates visitors by flower arts and lights.
During Tokyo-Michiterasu period 24th Dec to 28th Dec, street in front of Tokyo Station is regulated by govement because it is extremely crowded.

If you missed the christmas lights decoration at Tokyo Station this year, do not miss it next year!