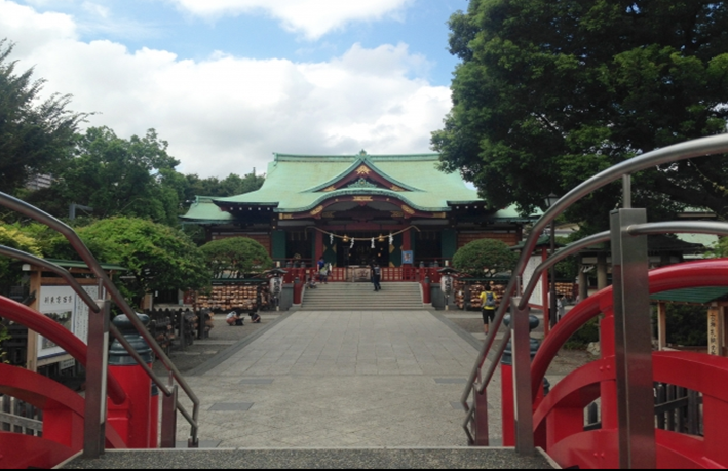 Kameido Tenjin Shrine is Shinto shrine located in Koto ward of Tokyo where Tokyo Skytree can be seen. The shrine was established in 1646, and worships “Sugawara-no-michimasa” who is the god of studing and many students come to the shrine to obtain divine protection of god for examination around January to February.

One of popular spot in the shrine is “Goshingyu” which is the statue of a cow who has deep relationship with “Michimasa” and it is said that people would be smarter if the person gently stroke Goshingyu’s head. There is another tradition that specific part of human in bad condition would be recovered if the person touch the statue by the part. 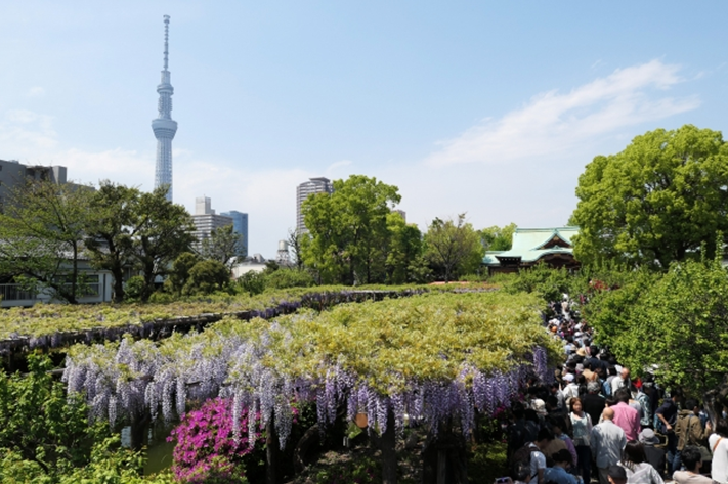 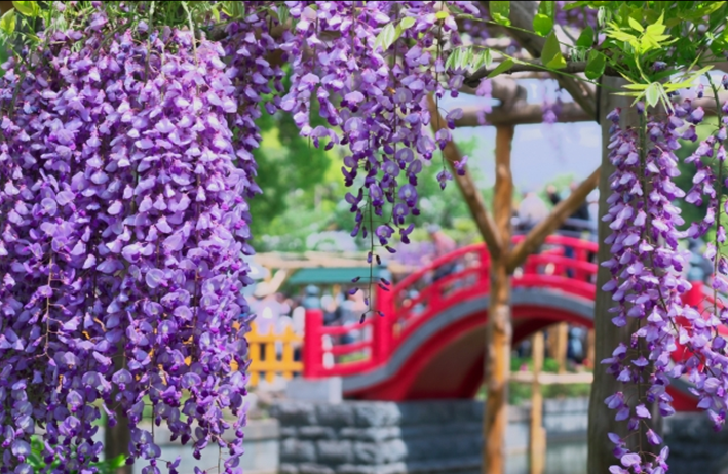 Kameido Tenjin Shrine is also famous as the place where seasonal beautiful flowers can be enjoyed. The shrine helds seasonal festivals such as plum and wisteria festival in spring and chrysanthemum festival in autumn.
Especially purple wisteria flower hanging from trellis is must-see from famous arched bridge. The wisteria flowers were planted in the Edo period (1603-1868) and the arched bridge was constructed in 1600s although current bridge is rebuilded one in 1900s because it was burned down by second world war. According to historical rumor, fifth shogun Tsunayoshi Tokugawa loved purple wisteria flower.

After touring the shrine, it is recommendable to eat “Kuzumochi” that is arrowroot cake being sold at “Hunabashiya” established more than 200 years ago.