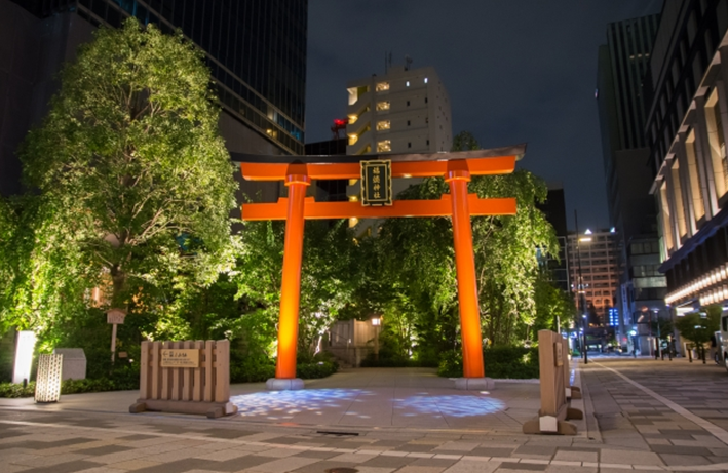 Fukutoku Shrine is Shinto shrine located in business district, Nihonbashi area of Chuo ward Tokyo. The shrine is famous as power(spiritual) spot for winning lottery. In Edo period(1603-1868), only a few shrine were authorized to sell lottery named Tomi-no-Kuji and Fukutoku Shrine was one of them that is why the shrine is known as the power spot up to the present.
The deity of the shrine is Ukano-mitama-no-mikoto who is the god of rich harvest and Ieyasu Tokugawa and suceeding Shoguns had worshipped the deity. 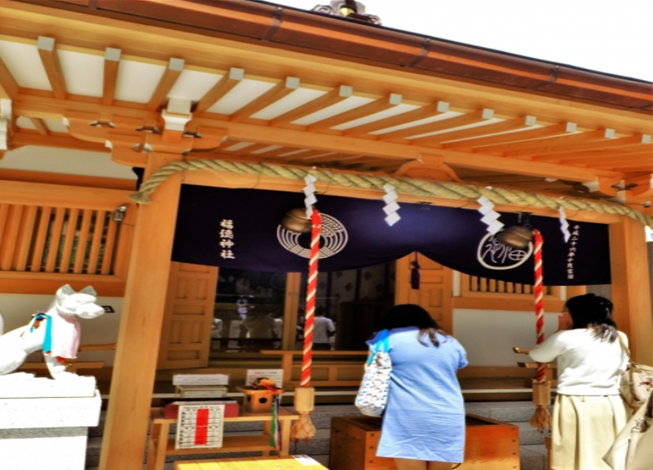 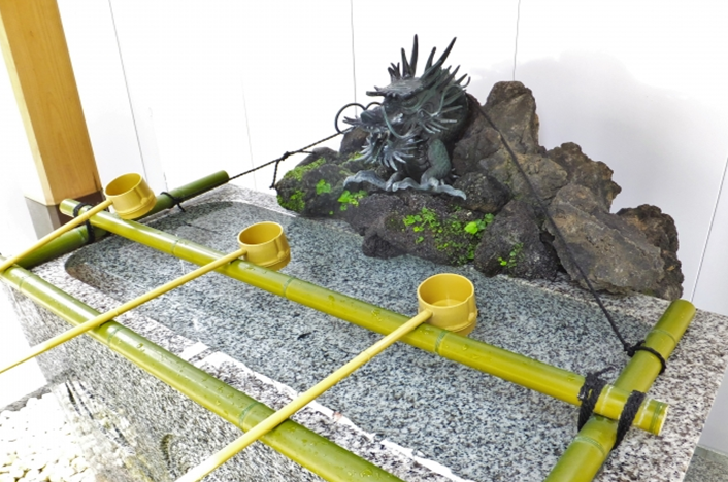 Fukutoku Shrine is believed to be established in Heian period(794-1185), and was reconstructed in 2014 because the area of shrine were included for urban redevelopment project. In addition to the reconstruction of building in 2014, “Fukutoku-no-Mori(woods)” was founded alongside the shrine.

In precinct of the Fukutoku Shrine, there is good fortune bell to pray lottery-winning and it would be nice to pray with lottery you bought. The shrine is able to conduct “Otakiage” which generally means to burn lucky-charm and the shrine can burn losing lottery ticket.